Flickr is a photo site that allows even pornographic photos but then it has a system of content filters where when marking photos "restricted", people with a so called Safe Search on cannot see those photos.


I was looking at pending photos as a moderator of a group and a photo came in with two cute young kids. The photographer was thanking people for a very large number of views. I was wondering so I looked at the list of people who had faved the photo. A suspicious name took me to a favourite's page, where, using a moderate setting, I could not see most of the photos. But what was worse was that one could immediately see photos that should have been marked restricted but where marked moderate. It is strange that people who know of the different filters, should so misunderstand and misuse them.


I understand people who will not show photos of children in case the "wrong" people might fave them. At least you should always check where your photos are included.


It leaves the question whether I should contact the photographer? But they are his photos and his responsibility. He might not like interference.
Posted by ausfi at 9:22 AM No comments:

I have a Twitter account and I even follow a few, but I hardly ever visit it and don't know how to use it. I got interested in it seeing there news about  a terror action in Mumbai several years ago when Twitter followed it closely and I found lots of information there. Now I don't know where those pages are.

Actually I was going to call this blog: Finns are strange. A Finnish Twitter that had gained some name, tweeted about an elderly guy, who he met in a bus. At the time he was watching news in his smartphone and the guy asked him something like: "Is it all in there nowadays?" This he took to mean that the guy disapproved his using the phone in a bus. So he told the guy: "OK, amuse me!" I cannot remember  how the guy reacted.

I read about this in the Finnish newspaper Iltasanomat, they reported this as news and people sent letters to the editor about it. Some agreed that the guy should not have said that, that he was rude, something about people wanting to be let in peace when they are travelling.

The others thought that the tweeter was rude, the guy was elderly, maybe lonely and just wanted to
talk to someone, was curious of these modern things.

From what was reported I rather thought like the latter, but of course I did not hear the tone of voice or see his expression.

What interested me was how popular this discussion was, it went on page after page. It could be because Finns always like to discuss the Finnish character: are we shy and quiet or what is the truth. I at least have often talked with people in the bus or bus stop quite happily.

By the way this is the bird in Finland that I love the most, the chaffinch. I have a story to tell about it. Otherwise I love the kookaburra.

Yes, I went to Høvik and found the blue flower. More of them than I have ever seen before in one place. Hardly anyone seemed to pay attention to them. At least in Finland it is a protected flower. 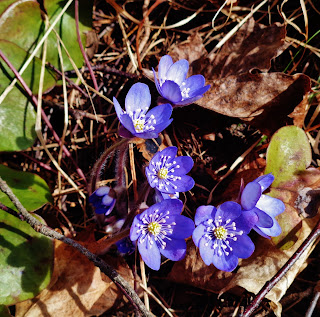 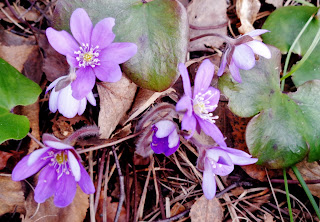 they were below the path most people used. Here are two colour variations.

The area was about 8x8 meters. 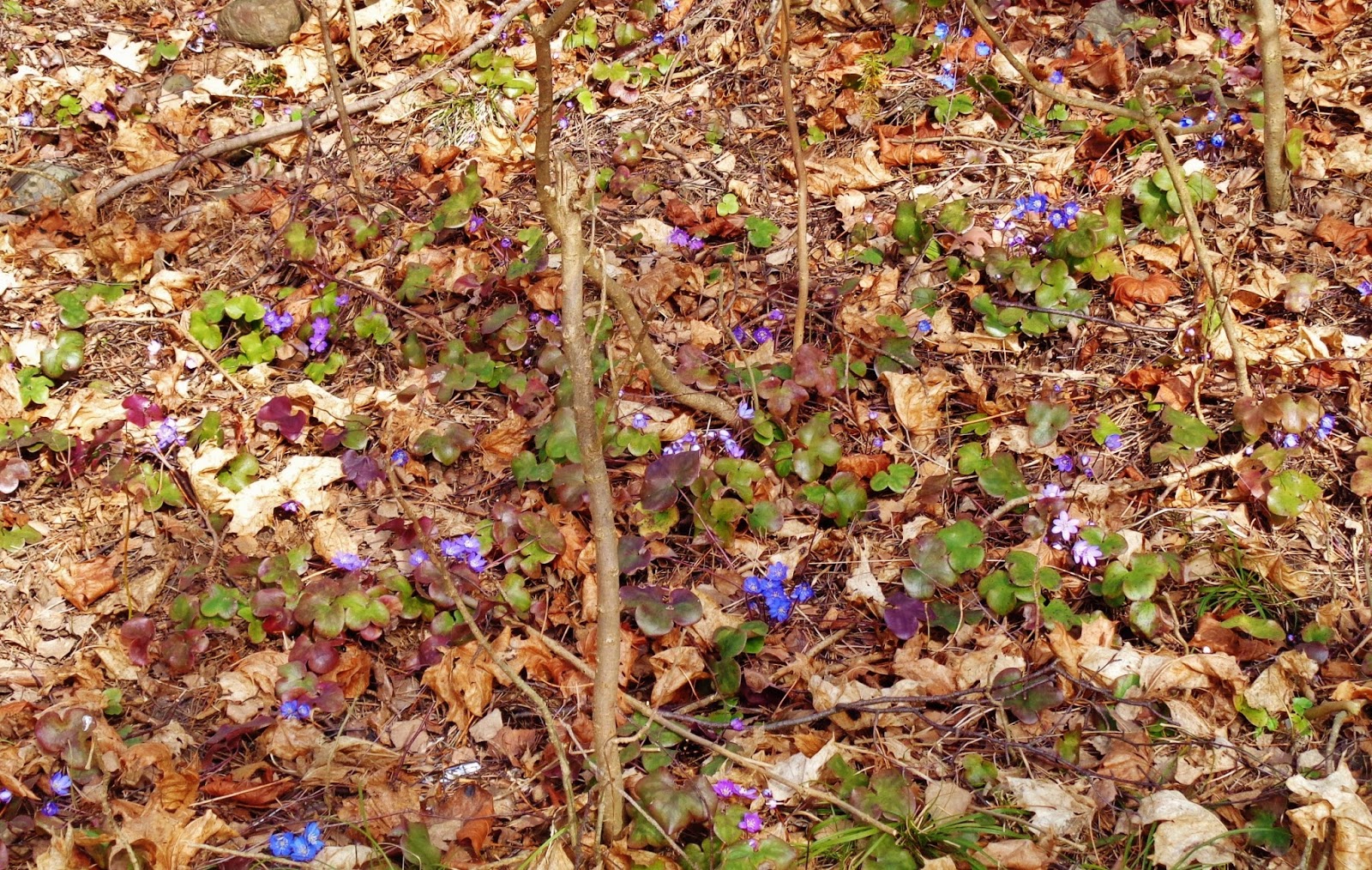 It was in the Veritas park, close to the Henie Onstad Kunstsenter (The Henie Onstad Art Centre). DNV GL Headquarters in Norway, Veritas Centre is on the other side of the park. I only found out today that there are free buses from Skøyen in Oslo to Veritas, which is in Bærum, so you pay less.

I paid the full fee of course, and after I had taken a few photos, I realized that I had no card in my camera, it was sitting in my computer! I had only room for 7 photos, but at least I have the flower photos. There are a few art works here and there.
Posted by ausfi at 12:06 PM No comments:

Interesting, this year Easter is early and so seems to be spring! Most of the snow in Oslo has melted, except where it has been piled or where there's lots of shadow. There's one flower that  I try to find earlier and earlier each year. I have tried to remember the places  where I have seen it first. It's the coltsfoot, a yellow flower. One place is not far away from where I live and I found a flower there on March 19, about three days ago. And of course it would have been possible to see it even  earlier.

(Actually I found that last year I had taken a photo of this on March 15, by a bike path a bit further behind the Opera.) 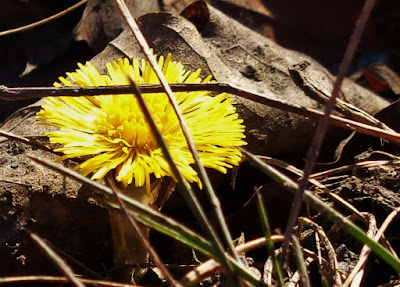 But yesterday I happened to be behind the Oslo Opera, and there I found lots and lots of coltsfeet and more coming up! Must remember that place. 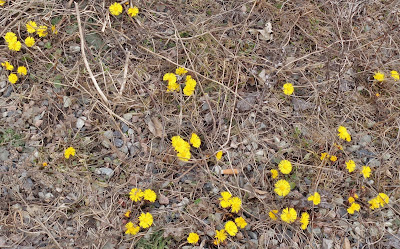 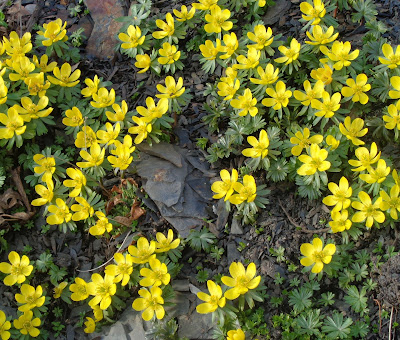 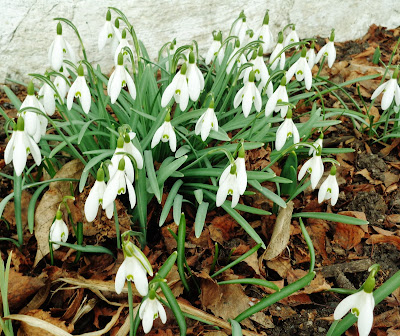 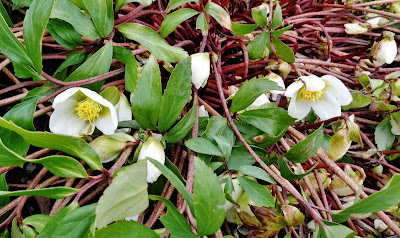 I had never noticed before Adonis amurensis, amuradonis at least

in Norwegian. In English it seems to be Amur Pheasant's Eye. 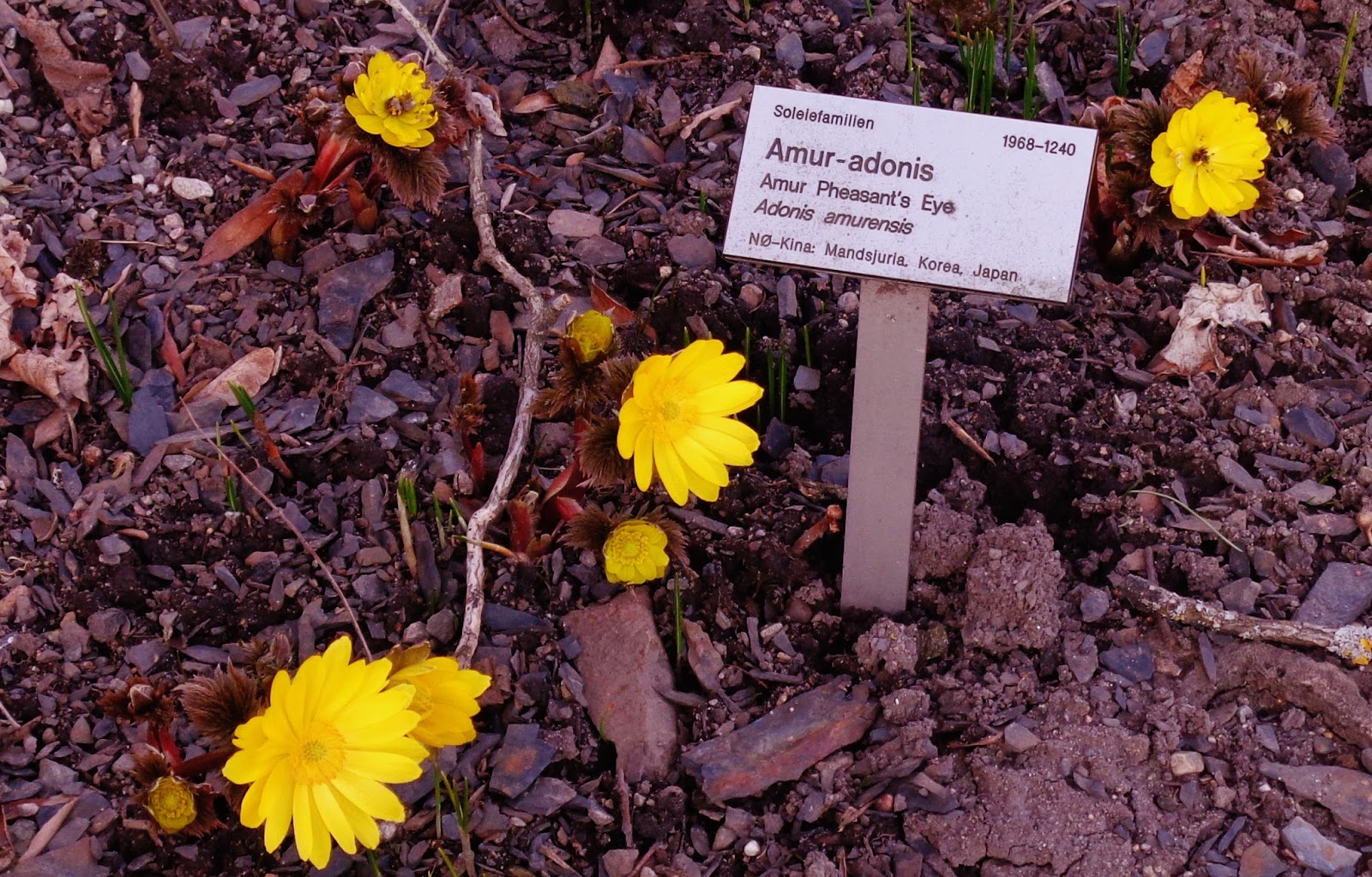 Also something blue, Siberian squill, Scilla Siberica, one of the most lovely spring flowers, small and delicate but covering large areas. 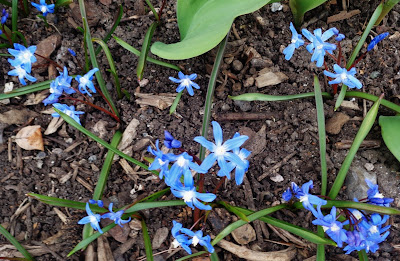 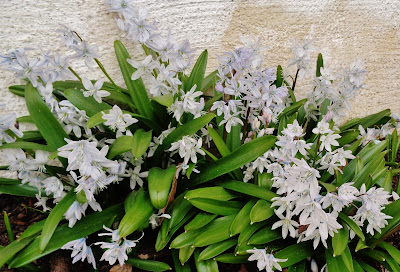 I heard today where I could find the blue anemone, so I will go looking for it tomorrow. Sounds very early, as the white anemone at least usually blooms in May.
So many flowers already, I only started looking for them a week ago.

One more, the giant snowdrop, Galanthus elwesii, not open yet. 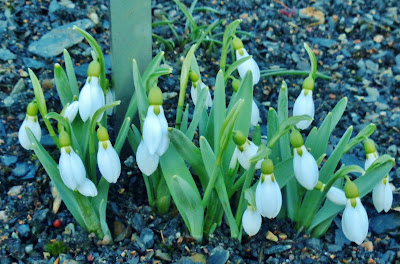 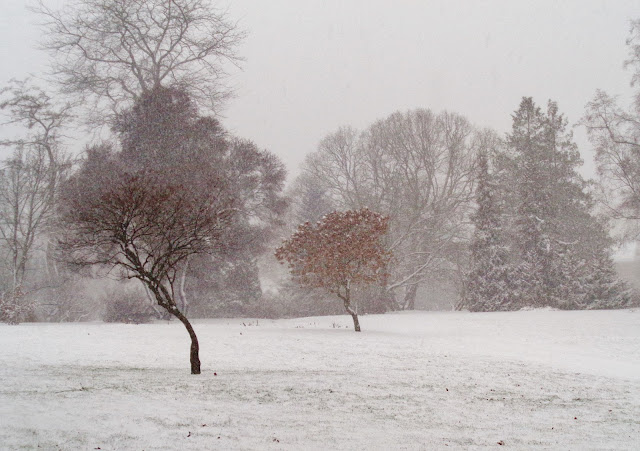 I feel in some kind of crisis. I love photography and joined Flickr to see and show photos. I don't feel I can use much money for equipment, which means that I just have a point & shoot camera, with no manual way of doing things.  That restricts a lot the way you can photograph.

I have some friends that say what good photos I take. I do try to think of new or interesting ways of taking photos but having no manual way sometimes makes it difficult. It is for example impossible to take a proper photo of the moon as the camera lets in too much light.

People looking at my photos have become fewer and fewer. I think I have given up trying to get more viewers and do not really care.  But then I see a photo I could have taken myself and it has lots and lots of views. So I ask myself why and get annoyed. I feel it has a lot to do  with how well known you are. Sometimes I feel they have so many viewers as they always watch for their photos. People talk about how many comments they have. Many days go without me getting any. I just lost a good Flickr friend so I miss that interaction.

But I have started to see how many people take so much better photos, better angles, better cropping, better everything. Maybe I really do not have the imagination!

I just saw an interview with Philip Lee Harvey, a travel photographer. I really enjoyed that and I had
the strangest reaction to one of his photos. It was about a man dressed in white on top of a high square rock, an image from Ethiopia.  It showed only a short time but I gasped and cried out and almost wept, yet it was probably not even the best of his photos. Or maybe it is, as it is one from the  selection by Harvey by which he won The Travel Photography of the Year award. 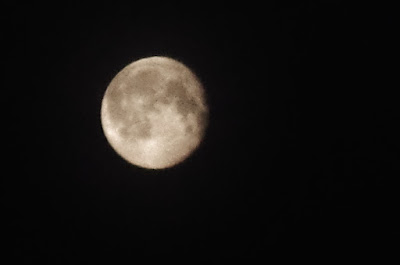 There you can see how hopeless the moon photos are :)