On Tuesday I went to IKEA to buy some food and drink to celebrate the Easter Day. This was the IKEA at Furuset. Then I went to an area on the other side of  the Alfaset Cemetery to take some photos of a field of colts foot. 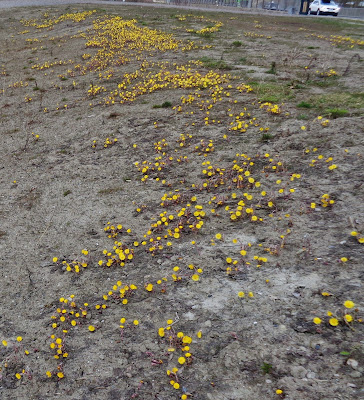 I had never seen so many, Afterwards I went and sat waiting for a bus homewards. If I have two shopping bags, I usually have both attached to my arm as I am notorious of leaving a bag behind, if loose. I started looking at the photos and laid the IKEA bag next to me. In the end the bus came and I stepped aboard and almost immediately realized that I had left the bag behind! The distance to the next bus stop was quite long and  I had to wait some three minutes for the bus to take me back.

When this bus approached the stop where I had to get off,  I saw somebody with a baby carriage near my paper bag on the other side of the road and it looked that they were handling it. My heart sank. When I had got off the bus and started crossing the road, I no more saw the person and the bag was still there. I was hopeful but when I got there and looked inside the bag, it was empty! The person had just taken all my five purchases but left the bag. I was very disappointed that I had been robbed. Not only had I lost the things, I felt bad that someone would take things he knew belonged to another person. Did they think that the owner might not be returning? They knew they were doing wrong as they had left the paper bag. The strange thing was that I felt like I had been raped. I knew that would be hugely worse than what had happened to me, but it made me weep, even if people saw it.

It was somehow even worse that I had seen them steal the things. There were two side roads they could have taken, but my first thought had not been to try to go after them.

Later I went back to IKEA and bought three of the items. I tried to explain to the cashier what had happened but it did not go very well. Almost twenty four years in Norway and I cannot pronounce "stjele"! I never really needed to use the word before. So the 'j' is not pronounced? She did not understand and seemed to look for help from three men standing close by, and  probably thought something had happened to  me at IKEA, so at last I said: 'Never mind , it is not what you think.'  It was approaching a comedy film.

Also it was my own fault, that I do not look after my things.
Posted by ausfi at 5:00 PM No comments:

Crazy world or rather, crazy people 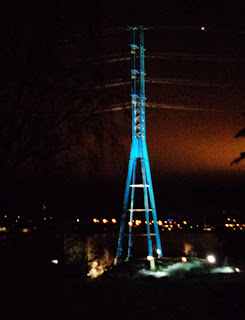 I must warn people that what follows is somebody's crazy imaginings and not the truth.  But no wonder, it is connected to The People's Voice  TV Station, founded by David Icke, which bankrupted.

"Fears are growing that a missing Brazilian student who left behind mysterious Illuminati symbols in his bedroom may have been transported to another dimension.
Psychology student, Bruno Borges,disappeared from his home last Monday whilst working on a top secret project.
His disappearance sparked rumors across social media that he may have cracked the secret to interdimensional travel, after a video was leaked online where he was seen discussing the work of Giordano Bruno – a famous Italian scientist who believed in time travel, aliens, and parallel universes.   http://yournewswire.com
Another article from the same magazine:
Adele “shapeshifted into an eight-foot reptilian” backstage at Auckland’s Mount Smart Stadium after the final concert of her world tour, according to shocked fans and a reporter from the New Zealand Herald.
The ten super fans, invited backstage to meet Adele after her final New Zealand show, got more than they bargained for when the singer “shapeshifted” into a “massive, at least eight or nine feet tall, powerfully built reptilian” with “greenish-grey scales“, to quote one of the witnesses.
Jim Joint, reporting for the New Zealand Herald, wrote that the super fans told him Adele had “flickering reptile eyes with a black stripe down the middle” and “scaly horns and protrusions” all over her body.
“She looked shocked, like she wasn’t prepared for the change,” a witness told the Herald.


Do people really believe this?


Spring is here, we have not had snow for some time. 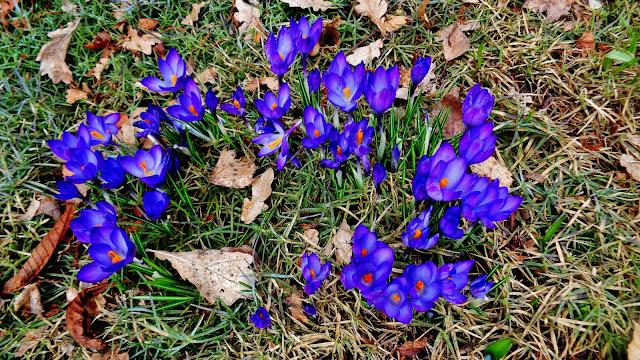 Posting as ausfi! I thought that was what I had always done, but I had not seen this before. But now I see my other YouTube icon in the corner. By mistake I started another account and I don't understand how to remove it.
I know I watch YouTube videos too often, and what is worst, read people's comments. They are often so vicious. Like these:

Steve Curtis LIBERALS HAVE NO MORAL CHARACTER - ATTACKING A 10 YEAR OLD BOY. THEY WILL GET THEIR DUE WHEN THEY GO TO HELL!! THERE IS NO WAY JESUS WILL ALLOW THAT TYPE IN HEAVEN WITHOUT SOME SERIOUS REFORM!﻿"

What does Lana mean with: tormented? Is that because he is not white? Michelle Obama is a lovely person whom I respect. These horrible lies are so sad. But is also sad that the present First Lady Melania is also vilified by many or praised too much by others, who say that at last there is class at the White House. She is a former model, so of course she is prettier, being svelte and pretty. Is that really so important? One of the most accomplished First Ladies was Eleanor Roosevelt and no-one would call her beautiful, does that lessen her worth?

Certainly people who attack Baron are stupid, but you cannot paint all liberals with the same brush, I believe most of them have not criticized Baron. Even Rosie O'Donnell only talked about his possible autism, because her daughter is autistic and she thought that if Baron was too, the parents could make that an agenda and reach more people.